Legislative Update
The elections have been held in Florida and all Republicans seeking office were elected with large margins. The race for Governor and US Senate were called in favor of Governor DeSantis and Senator Rubio before the polls in North Florida were closed. The Florida House and Senate both have super majorities and the Cabinet now consists of all Republicans.

The Legislature has held its Organizational Session on November 22 and Speaker Renner and Senate President Kathleen Passidomo have officially taken command of their respective chambers and all the members have been duly sworn into office.

There is a Legislative Special Session called for the week of December 12thand it is anticipated to address the insurance crisis in Florida. The official proclamation has not been sent out; so, what is in the call is not certain as we are anticipating other issues to be added. Legislatively they can only take up what is in the call for the special session.

Committee assignments, Capitol offices, and parking places have yet to be announced.
Committee weeks will start in December and go through February. Session commences March 7th and is scheduled to end May 5th.

I want to extend a special CONGRATULATIONS to newly elected Representative Karen Gonzalez Pittman. So proud of her and excited to work with her this upcoming session. She is our own, Dr. Chris Pittman’s wife. As a point of personal privilege, I would like to highlight our own Dr. Charlie Williams who recently was featured on a podcast through the ACR. If you have not had an opportunity to listen to it yet, please do so at: RLI podcast episode. It is simply wonderful.

Please stay healthy and safe during this upcoming holiday season.
Wishing one and all my best, 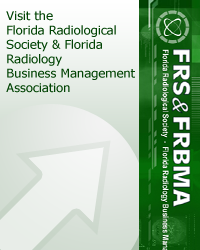